As I’m typing this, I’m lounging on a super comfy hotel bed in the middle of Bloomington. Because I believe in order, I’ll be backdating this post to Saturday as if I wrote it yesterday. (Its currently Sunday. See time travel is a thing.) The events happened Saturday so it’s only logical that it be published “Saturday.” Right? It’s also going to be short because I have things to do like be on vacation. 🙂

Our trip began in Bemidji, MN and brought us about 4 hours to the deep south and unofficial but also incorrectly dubbed “heart” of the state. The heart of the state is obviously the good ol’ dirt roads and towering trees. Not the city. But I digress.

Our first stop was the Minnesota Institute of Art somewhere downtown where the skyscrapers seemed to overlap each other. I was driving so I didn’t get to awe as much as my mom had but it was still insane to belive that this is “normal” for over a million people every day.

We found it though and boy was it busy. There was some kind of first Saturday of the month event slash free gallery tour thing going on and when I say there was no parking, I meant it. Block after block – more cars than Detroit has ever pushed off of the assembly line were perfectly parallel parked. Us touring the museum wasn’t going to happen.

We did, however, make it to the Minneapolis Sculpture Garden. The ameture photographer that I am, I had to take a dozen pictures of the Spoonbridge & Cherry. We took our time wandering around the garden. It was beautiful. This is how I figure people compromise living in such a metropolis. Sure, they have the neck kinking skyscrapers but they also have this. If you’re ever in the area check it out. Bring a blanket and have a picnic. You’ll love it. 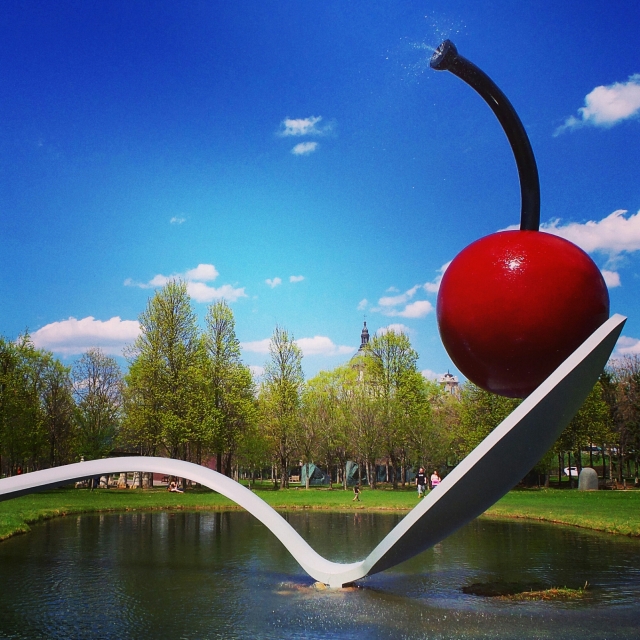 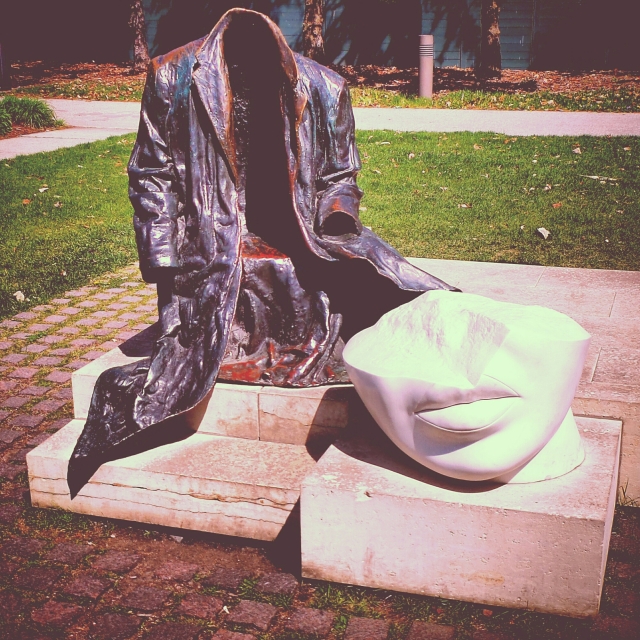 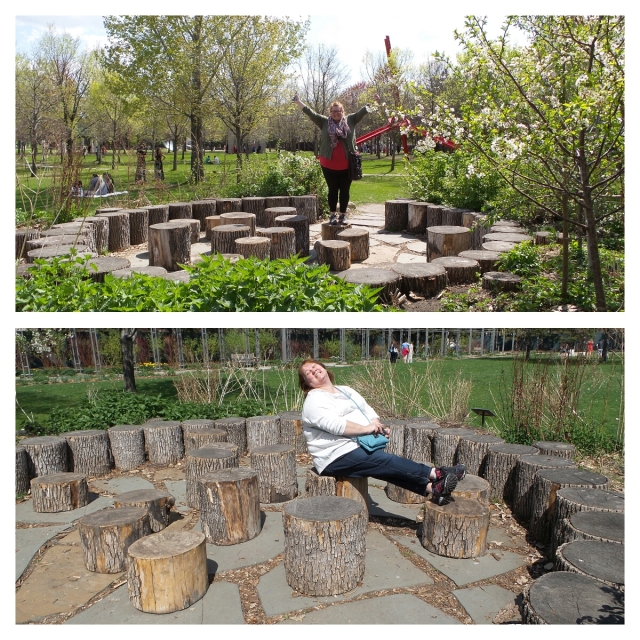 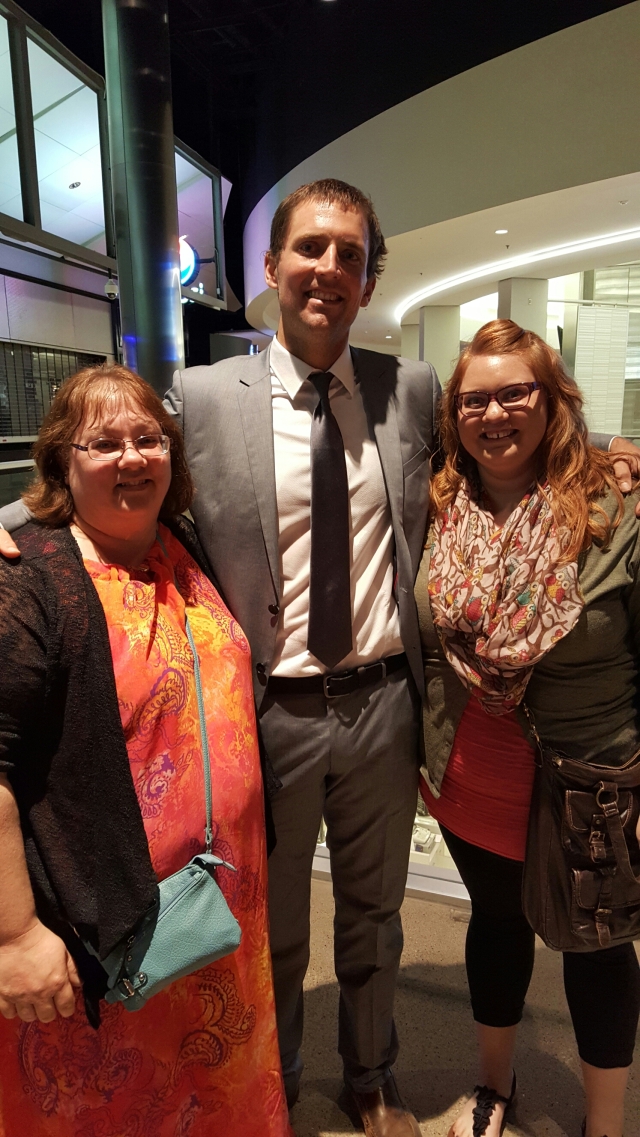