Rain drip drap dropping on your window when you’re waking up on an Irish Saturday isn’t that unusual so you won’t be surprised to hear that that’s how I woke up today. I actually love the rain. I’ve always had a dream that I might end up in a rainy city someday, like Seattle.

Anyway, today was the one day I had hoped it wouldn’t rain. Oh well, though. It makes the adventure all the more fun, I suppose!

We headed down to Blarney today to visit the one, the only, Blarney Castle. I’ll cut to the chase; the part you’re all wondering.. And the answer is no, I didn’t get a chance to kiss the Blarney Stone. And, I KNOW! How could I not? Well, we were typical tourists today and as with all typical tourists, we were on a bus. The bus arrived, gave us about an hour and a half, and then planned to leave. FYI to all future travelers, an hour and a half is sadly, not enough time to get to where you need to be and wait for the long line of other well wishers gripping tightly to the promise of the Gift of Gab.

Now with that disappointment out of the way, on to the good stuff. We decided to take the opportunity that I bet a lot of typical tourists don’t take the time to do and that’s explore. We wandered around the grounds and around the castle itself. I found Badgers Cave and followed that, whilst crouching, until I hit the dead-end. Then, I turned around. Exciting, I know. But it really was. 🙂

Oh! I did splurge on an authentic lambswool throw and I can’t wait to snuggle up with it when I land stateside! I almost didn’t buy it but someone (mom) told me I’m worth it and I figured I should listen to her. Moms are always right. Right?

After Blarney, we ventured to Cobh. I’ve been way too excited to go here for the silliest of reasons. I haven’t been able to figure out how to pronounce Cobh. Is it “Cob” as in corn? “Cob-ha” with a hard H? Guess what guys and gals? The Gaelic language doesn’t have a “V” so when they need to make that sound, they plug in a “BH.” Makes sense, yeah? Anyway, it’s pronounced “Cove” as in a small type of bay or coastal inlet.

Cobh was a beautiful little nook in Ireland. We had lunch at a weird tasteless cafe and hiked up the steepest hill I’d ever been on to visit St. Coleman’s Cathedral. Well worth the hike even if my mom thinks I’m trying to kill her by jazzercising every stinkin’ day! She said she’s going to live to be at least 100, so I think of it as adding days to that.

Cobh is really a neat place in southern Ireland. As with everywhere we’ve been, I wish we could have stayed a bit longer. There was a museum up another hill that we didn’t get a chance to explore and the inside of the cathedral was spectacular. Going to mass in a place like that would have been lovely. There’s always next time. 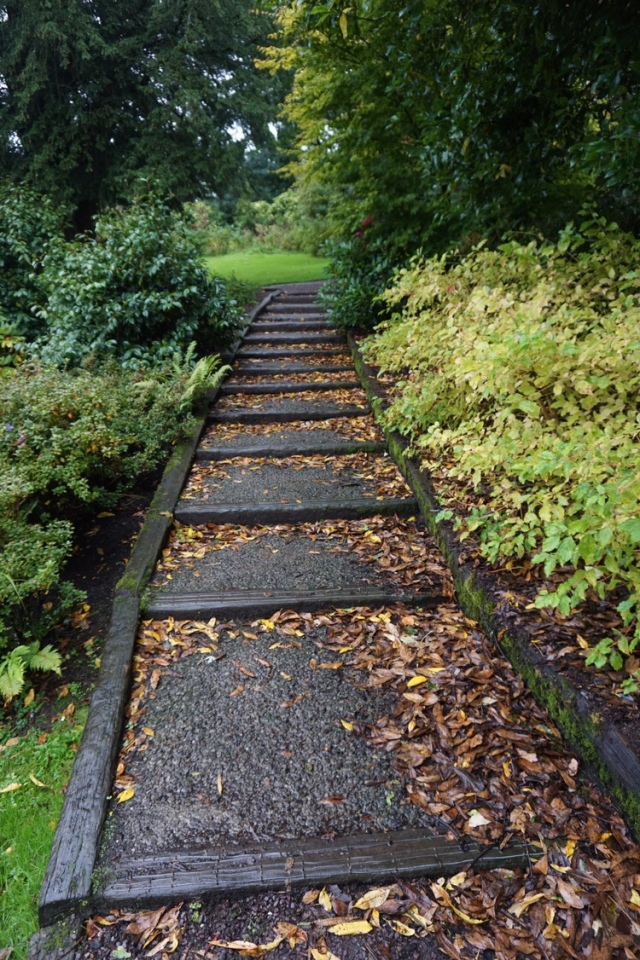 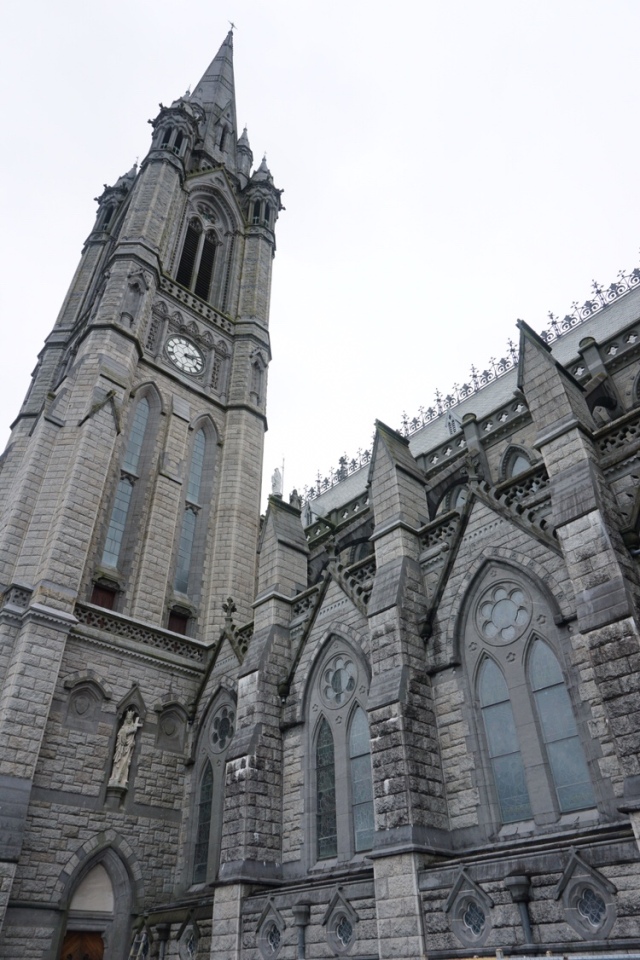