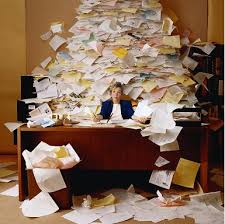 Sorry for the lack of updates as promised. This week has been unbelievably stressful. I’ll spare you the details because I’ll just be on a tangent but to put it simply I’m worn out! By tomorrow at 5PM I will have put in almost 51 hours.  For some reason, looking at that number doesn’t seem as drastic as I’ve probably made it sound this week but I haven’t been this overwhelmed in a long time.  Even though it’s been a hard week, I do appreciate everyone that has helped at work in all of the ways they were able to. I also feel that I’ve gained Independence through my work and being able to do things that I normally haven’t done or been familiar with.
This is the first time in a long time if not the only time that I’ve truely felt the heaviness of anxiety and hopelessness. I just felt as if there was no end to the tunnel.  I’m finally getting caught up now and am able to breathe.
Yesterday when I came home I completely broke down.  The second I opened the door I just cried. I couldn’t help it, usually I can handle myself and just cool down but I just felt that I was pushed to my max.  I hadn’t eaten or drank anything the entire day except for a slice of pizza at 7PM because Chann said I needed to eat something or I’d get sick.
Speaking of him, he’s been absolutely amazing this week.  Tuesday when I was realizing the impact of stress I was going to have and worked a twelve hour day he had supper in the oven, dishes washed, and groceries bought.  All without me mentioning or even hinting it!  It sounds pretty silly to be so excited about it but it really meant a lot to me.