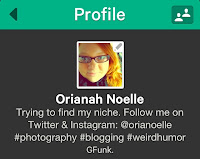 In case you’ve slept through the last 24 hours you’ve probably heard of the new phenomenon. Well, it’s not really a phenomenon due to its obviously stolen features but Team Facebook (Instagram) just launched video Instagramming, which was released yesterday. Whereas Team Twitter (Vine) has been out for roughly half a year.
I admit, at first, I was excited about this Insta Video thing. Instagram is pretty legit;  little square photos that you can add filters too, rotate, brighten, and blur is great. Outstanding really. Being a partner with Facebook isn’t too shabby either.
Vine on the other hand was ahead of the pack to begin with in the video sense. I first heard about it in April and downloaded it right away. It’s 100% video. No special editing, just a quick 6 seconds, and POW you’ve got a clip. It’s extremely user friendly and has a simple (and that’s all you need) layout. If you fuck up, just exit and start over.

Here’s where the trouble came along, Instagram now has videos. Go figure. You know the Facebook Corporation just can’t let someone else have a little glory. The reason I was so excited to start off with was because I enjoy Instagram. The video capability has two unique features: filters and a cover photo. Both pretty sweet if you ask me but after messing around with it for a few hours last night. That’s really about it.
It has 15 seconds rather than 6. You might be saying, but that’s better; it’s longer! No. Six seconds on Vine is the perfect amount of time. Sure, on Vine, you could use 7 or 8 seconds once in a blue moon but six is clearly the golden number and its working. 15 on Insta is way too long. My biggest and most prominent complain with Insta Video is this: I made and messed with about 10-12 videos last night. I think I “posted” seven. Funny thing is the fucker wouldn’t “process.” So all that time that I took to conjure up a video, make it perfect with lighting, voice, and look..they never proceed! Man was I pissed.
Maybe I’m just going on my first impressions but first impressions are the only ones that really matter right? The bottom line is: Instagram = Photos, Vine = Videos, and while I’m at it Twitter = Hashtags and Facebook is just jealous that the world is evolving.
Check Me Out On All Of The Social Media Hangouts Below:
Twitter and Instagram @orianoelle
Facebook and Vine Orianah Noelle