Today officially marks an annual adventure.. A yearly trip with my mum. (I figure that’s what the English guy at our table tonight would have called his mother.) Last year we cut ground on our inaugural trip. My mom turned 50 in 20-15 and her resolution or goal of sorts was to see all 50 states before she dies at the minimum old age of 100. #gobigorgohome

I linked last year’s blog series to my Facebook page yesterday if you’re interested in what we did or where we went. I’m tip top typing away on my phone tonight so I won’t be helpfully linking you to it.

Anyway, today we booked it out of Fargo bright and sunshine-y early. We made a pit stop in Sioux Falls to check out Falls Park. My mom had never been before and I love anything having to do with water.. so yeah.

Next up was Omaha. Attention folks, I am officially further south then I’ve ever been! Smack dab in the midwest. Go me, woo! I do seriously feel cool about that though so I gave myself a pat on my sheltered life of a back.

We attended a dinner theater of sorts tonight. It was okay. I’d totally go to one again but I, for some reason, just couldn’t follow. Maybe I was over thinking the scenario or it just wasn’t what I was expecting? I loved that they had audience participation though, it made it exciting.

We also checked out Heartland of America Park. We wanted to go there to ride in a gondola thingamajig but ended up taking a stroll instead. This was probably the highlight of day one for me. Omaha has an enormous and beautiful riverfront, it just keeps going. Hearts on hearts, yes please. And apparently so do the Pokémon Go-ers. They. Were. Everywhere.

I can’t wait to come here again. We’ve been told by locals and visitors that we need to check out the Zoo. Apparently it’s been voted the best in the world or so the English guy at our table says.. We didn’t have time for it this time around but I’ll be back. Promise. 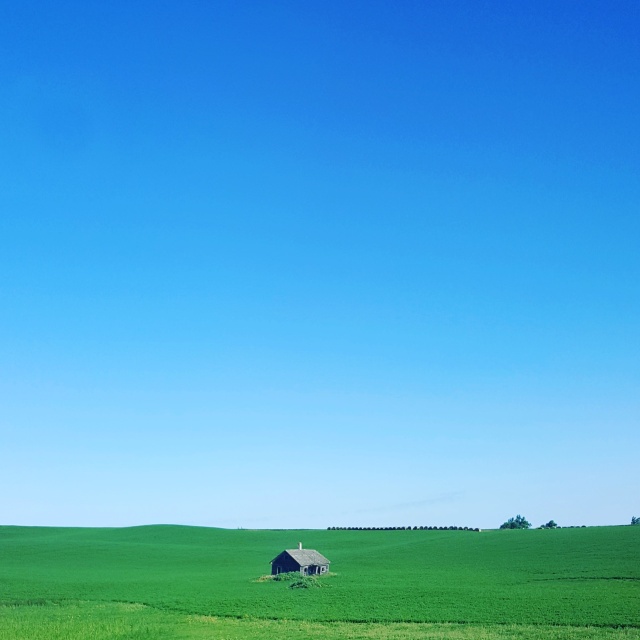 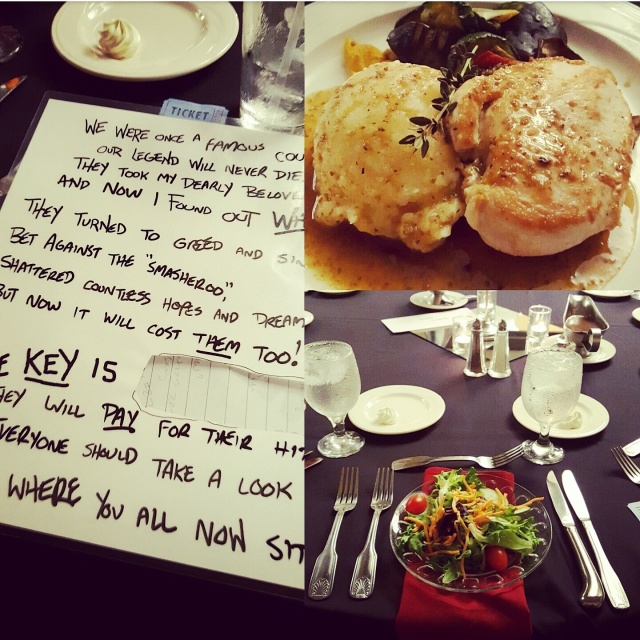 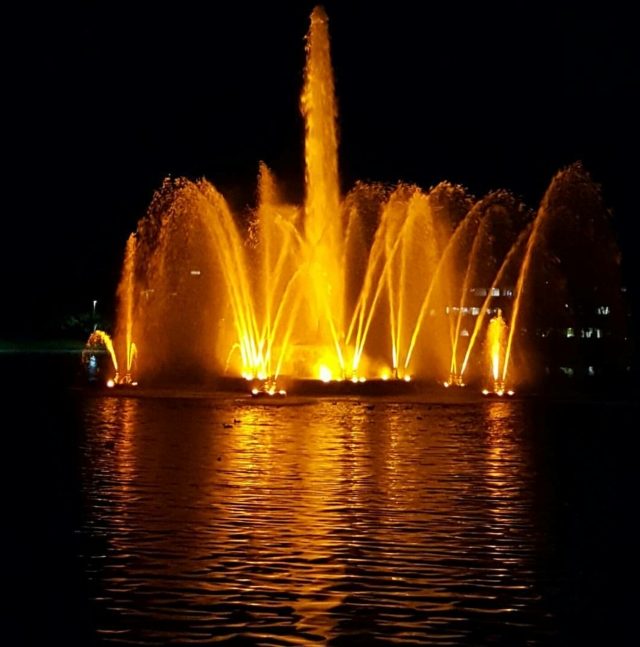 A couple years ago, I wrote about not making New Years Resolutions but instead making smaller goals each month to try and stay on track. It worked for awhile just like every other variation of a resolution does. But somewhere along the way, it quietly vanished.

This year, I’m going to revert to the more cliché version of a set of resolutions. Some I’ll succeed at and some I won’t. Most of these are very realistic. Some are a stretch but with the proper guidance, I know I can succeed. To make up for a really crappy couple of years (2011-2012) I want to do a little traveling. Of course, I want to travel the world but in order to succeed at fulfilling my New Years Resolutions, I’m going to be a bit more realistic.

There you go! I have quite a few more resolutions which primarily fall in the first resolution so I won’t bore you with them quite yet. I’d love to hear about your New Years Resolutions! The realistic ones and the far-fetched ideas. What are you going to do to make this year one to remember? Also, if you have any fun or must-see places that you’ve been to in the region, let me know. Word of mouth experiences are the best places to visit.

I actually have never taken a spur of the moment trip at any point in my life. Until this past weekend. The last month or so has been pretty busy on the work front for my boyfriend and I so when he finally got word of a weekend off, we were definitely going to make the most of it.

Our plans originated in the camping version of a weekend getaway. We love being by the water and in nature. Pitching a tent, building a fire, and roasting a few good ol’ marshmallows. Typical Minnesotan summertime pastime, ya know.

But guess what? After a beautiful week of 80 degree weather, it decided it was going to storm. Mreh. Change of plans I guess.

I spent Friday evening Googling some places that we’d never been and would be fun to explore for a day or two which ultimately led me to Sioux Falls. So, Saturday morning we hopped in the Rav and headed south on I-29.

Unfortunately I don’t have any pictures of the ride itself because I was driving and Chan isn’t necessarily photographically inclined. But my God, have you been to South Dakota? Actually, I should ask if you’ve been to eastern North Dakota.

I’ll fill you in. Where I live, it’s as flat as a piece of paper on an even level. We have to build our own hills in this area. Not even 2 minutes after crossing the ND/SD border, we saw hills galore. It’s every skiers paradise. (I don’t ski, so this is just a guess.) We were still in agriculture central so the hills were filled with acres upon acres of beautifully landscaped crops and dotted with cows roaming up and down the land. It was actually picture perfect.

The trip to Sioux Falls actually went by quick thanks to the nice scenery. We visited the city zoo which wasn’t all that it was cracked up to be but was still cool. I hadn’t been to a zoo since my 6th grade field trip to Canada so I felt like a kid again exploring the property and seeing the animals. 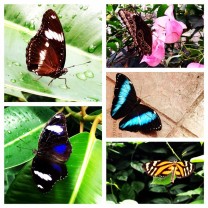 We also checked out a butterfly and aquamarine house at the local Sertoma park which was also pretty fascinating. The butterflies would land right on us and there were so many different kinds and colors. There was an opportunity to touch a sting ray but I kind of chickened out by that point. Maybe next time. 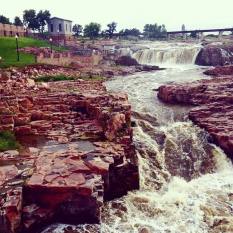 The highlight of the trip was Falls Park. I don’t know the history about the park itself but there were these beautiful falls right in the center of the park. If you know anything about me, you know that I love love LOVE waterfalls. We spent a few hours there just lingering around. It was just beautiful. If you ever get a chance, head that way. It’s well worth the trip.

Have you ever taken a spur of the moment weekend trip? Where did you go? What did you do!? I’d love to hear some suggestions within driving distance of Grand Forks!